Dealing with Damage by Magic

This past weekend I had the privilege of attending and 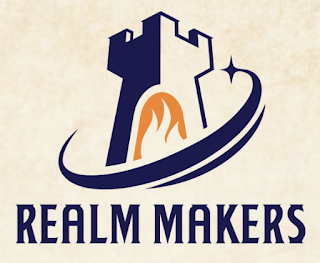 mentoring writers at the Realm Makers Writers Conference.  If you are a writer of speculative fiction, I cannot suggest this conference highly enough. Speculative fiction is an umbrella term for works with elements outside the bounds of the natural world. So, it’s sci fi, fantasy, steampunk, cyberpunk, dystopian, supernatural, paranormal, alternate history… Basically, if your work has anything that’s weird or what is considered nerdy, it’s prolly spec fic and you are prolly my type of person.

At the RM conference I met with authors in fifteen minute appointments to help them work out issues with fight scenes that they were creating. And, as these were all spec fic authors, the fight scenes often included magical people, objects or settings in which magic was just a regular thing. One middle grade writer, Millie Florence, asked me how could she write damage inflicted by magic in such a way that a reader could understand it and relate to it. That is a good question, Millie, and ironically, I learned about that subject at the same conference at which I now often teach.

About five years ago, before all this FightWrite business began, I attended a class at the Realm Makers conference on world building. When you have a work set in a world unlike our own, you have to create it from the ground up for your reader. Star Wars is a great example of this. From the opening scene of A New Hope – the first movie to come

out in 1977 which I saw in the theater, thank you very much –  we know that the world we are about to enter is unlike our own. Yes, the movie begins with the phrase, “Long ago, in a galaxy far, far away…” so we know right off the bat it’s happening before now, or then, 1977, and outside the Milky Way. But, it’s not until about two minutes in that we actually get what all that means. We see the first spaceship, a Blockade Runner, being stalked down by an Imperial Star Destroyer. (Oh, I just got chills.) From that moment, we as viewers know that we aren’t in Kansas any more.

By the end of the movie, all the viewers understand that the world of Star Wars is very different. Yet we know that world so well we could all step into it and function appropriately. That is because George Lucas did a great job at world building. A meticulous job! My friend Kathy Tyers Gillin wrote two of the books in the Star Wars book series. She told me that before she began she was sent boxes of material about the characters she would be writing and the world in which they lived. She had to know it all like the back of her hand and not deviate by even a hair on Han’s head. (Oh, Han…sigh)Why? Because to all of her readers, the Star Wars book series isn’t just a bunch of fiction books. It is a chronicle of people they know in a world that exists. It’s the same with the movies. Fans of both know the Star World universe intimately. Glory, some folks know Luke Skywalker’s family tree better than their own. Why? Because of a little thing we all like to rebel against yet require: rules. (Insert thunder clap and ominous laugh.)

It’s true, folks. In real life and story worlds, we must have rules/limits/boundaries. These create reality in unreal settings and normalcy in what is completely abnormal. In the world of Star Wars, Han Solo doesn’t use the Force. Why? Because Lucas decided those limits for him. Does Yoda use the Force to destroy the Death Star? No. Why not? Because that’s a rule Lucas created for Yoda’s ability. Why does Leia inherently know Luke is alive after the Death Star explodes but can’t sense that he is her twin???? Because Lucas decided they were siblings after he wrote that Leia knew Luke was alive. Which is way too late. Like, one passionate kiss too late. Yuck. But, regardless, Leia’s ability or intuition clearly has limits. Very unfortunate limits.

If your setting is supernatural in some way, you should know the rules of it. If your character is magical, you should know their abilities and the boundaries of them. Yes, there has to be boundaries because if a character is all powerful the story is over. And, write those limits down because you might forget what they are and write a brother and sister in a lip lock. Seriously, if George Lucas can forget that Luke and Leia kissed, we can forget that our wizard can’t control water fowl when the third moon on planet Hoozywhat is half red. Ya feel me here?

Now, we get back to Millie’s query. If a character can inflict damage by means of magic, you as a writer must know how that happens and how to handle it. That comes by knowing exactly what the magic is and its limits. The other characters or your readers need not know all the specifics of the magical power. In fact, don’t tell them. Make them wonder how it will all pan out. And, then SHOW them. Show the other characters and the reader the magic and the damage it creates by how characters respond. Make that response something to which everyone involved can relate. Look, I don’t know what it’s like to take a hit from a light saber. I mean, the day’s not over yet but for now I don’t. If George Lucas had one character tell another, “old so and so got whacked with a light saber,” we wouldn’t have even known the injury hurt. And, honestly, from the movies, we don’t know what that pain is like exactly. But, we know that taking a hit from a light saber can, at its worst kill you. And if it doesn’t kill you, it darn well hurts because we see it on the characters’ faces. We also know that a light saber cauterizes its wound because Luke’s arm doesn’t bleed when it gets whacked off in The Empire Strikes back. That counts as a limit to that “magical” weapon. And, it’s kind of an important one.

Also, show what it feels like to emit that magic. What strain does it put on the one wielding it? Does that power require a tool or outside source or is it inherent to the being? Can the being feel the magic leaving them? And, hey, that magic should come at a cost. There has to be a balance. For example, using the Force puts strain on the one using it. The greater the use of the Force, the greater the strain. Also, the Force requires one to choose sides. That’s an emotional cost. You are either on the good side or the Dark Side and if someone you love is not on the same side as you, they are an enemy to your way of life. Oh, and, you have to learn to use the Force! It takes practice. Let that be a lesson for all your magical beings. Being born with an ability is not the same as knowing how to wield it well.

When coaching a writer with a fight scene, I always tell them to focus on the sensory details of a fight. I say the same when dealing with magic. Focus on the sensations created by that magic. And, those sensations must have an element of realism. Otherwise, your reader won’t understand them. Also, be certain to show the ramifications of the wounds the magic inflicts. Show the mess it makes or lack of. Show swelling, frothing at the mouth, a grimace followed by a gurgle or guttural moan. Those things will show the reader not only the type of damage the magic causes, but the severity of that wound and the pain associated with it. 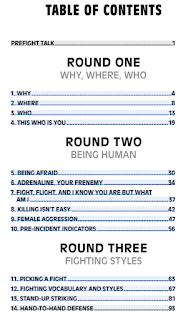 Now, to do that, you will need to know a bit about injuries. And you can learn all about that in my book Fight Write: How to Write Believable Fight Scenes. I’ve got an entire section dedicated to injuries. So, if you want to know how to show the internal bleeding or concussion caused by an energy pulse (a writer asked me about that), you just turn to the injury section in the book. Ta-da! Magic! Here’s the table of contents for ya just in case you’re wondering what else doth be lingering betwixt the pages. That’s it for this round at FightWrite.net. Thank you Millie for your question. You were fun to chat with at Realm Makers.

Guys, don’t forget about my FightWrite podcast and for cool FightWrite gear, head to WriteAroundtheCorner on Etsy. Until the next round, get blood on your pages.