I got a question on “the Tweeter,” recently that, I have to
say, I’ve received more than a dozen times.

I answered Tim’s question in the most recent episode of the FightWrite podcast. But, I figured I’d post on it as well. Some prefer to read rather than listen. And I give different details in each.
What are the thoughts and feelings experienced by people as they fight?
To get to the heart of this answer, we need to go to the tops of the kidneys and look at the adrenal glands. When our bodies go into fight or flight mode, adrenaline is released.  I’ve done a few posts on this amazing hormone, its rush and ensuing dump. There’s even an entire section in my book on it.The reason I’ve given it so much attention is because it is that important. Its effects on the human body are all-encompassing: physical, mental and emotional. 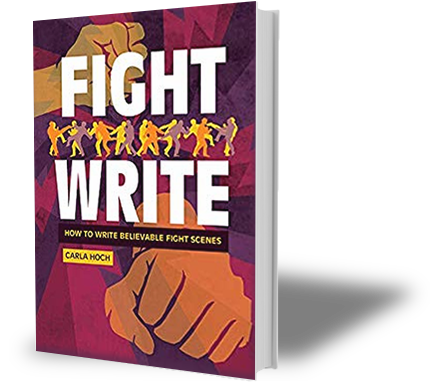 Although every fighter is different, there is something they all have in common in the midst of the fray: adrenaline is in control. And, because of this, thoughts are simple and emotions are dull. Notice, I said, in the midst of the fray. When the mind is no longer occupied with self defense, thoughts and emotions might change a bit especially as adrenaline ebbs. But, for this question, we are only focusing on what is happening as the fighter fights.
Now, let me say up front that with fighting, there are no absolutes. Like any other aspect of life, there’s exceptions and anomalies. However, when those quirky moments do pop up they are contradictory to what our bodies are designed to do while in fight or flight. When you are fighting to survive, complex thoughts and rich emotion are a detriment.
Thoughts:
When a character is fighting for their life, adrenaline diminishes critical thinking skills. That is a function of self preservation. In a dire situation, reaction is generally more important than reason. You run from a bear. You don’t reason with it.
However, thoughts do enter the mind. They tend to be shorter and less wordy than usual thoughts especially in an attack scenario. Those thoughts may be little more than, survive, get away, stop, help. In the post, Being Attacked, a woman recalls being assaulted by a half dozen people. She told me her thoughts as the attacked occurred. Check it out for a first-hand example of not only the thoughts but emotions that occur during an attack.
The thoughts of trained fighters might be a little more complex even if the fight they are in is not sanctioned, but a fight for their life. That is not because they are not in an adrenaline rush. When your body releases adrenaline, it doesn’t discriminate between threats. 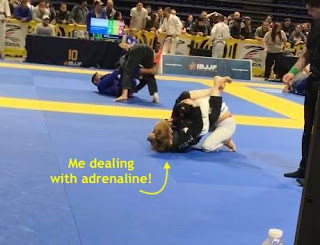 Fighters do several types of training. Some training hones skills, some builds stamina, and one is for the sole purpose of dealing with adrenaline. That training is called live sparring. Live sparring mimics a fight and forces the fighter to perform under the effects of adrenaline. Sparring isn’t when a fighter learns skill. Sparring is when a fighter learns to use what they know when they aren’t thinking as clearly. It is when they use muscle memory. “Muscle memory” is created when you practice a certain response so much that it becomes what you do without even thinking about it. We all have it whether we realize it or not. Which, is kind of the point.
Training is also how people who deal with adrenaline as a part of their job are able to function productively. Emergency room doctors work in the ER a long time before a patient’s life depends on the doctor’s ability to stay calm. And, yes, you can learn to stay calm when adrenaline is surging. Do your pupils still dilate, your heart race, your body feel spring loaded? Yep. Absolutely. But your brain is more accustomed to the effects and can navigate them better.
Ok, now, the emotions…I will tackle that subject in another round. I was told by a pro that I shouldn’t give so much info at once. ¯\_(ヅ)_/¯
Until the next round at FightWrite®, get blood on your pages.
To prepare you for upcoming posts, watch this video. Notice how the fighter reacts AFTER hitting the dummy. Watch him closely.