We interrupt our crime scene series (podcast) for this 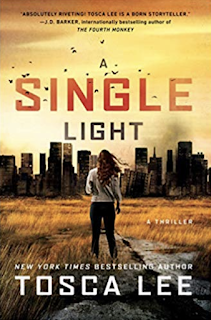 So begins a new series at FightWrite.net. On win it Wednesday we will examine a fight scene from a book and by commenting on the post, you could win that book and/or a copy of my book, Fight Write: How to Write Believable Fight Scenes. The contest runs Oct 16 – 23. Leave a contact email or keep an eye out for the winner announcement Friday, Oct 25.

Our book for this Win It Wednesday is Tosca Lee’s, A Single Light, the sequel to The Line Between. We will look at what Tosca writes, a video of what might be taking place and what we as writers can learn from both.

By the time we arrive on the east side of the building, Chase has the second guard pinned on his back ten feet from his rifle, arms locked around his neck and under an arm. The guard kicks like a half-squashed bug, tries to buck and roll. Chase just pivots with him.


For the record, when I said that coach Galvão was trying to get up, I meant as a mere mortal would try not as a now fifth degree black belt would. You could park a truck on his chest and he’d get up. He’s magical like that. Like a magical, bald unicorn.
From the video: We see that there’s several things that Tosca could be describing. And, what I didn’t cover is why all over those pins/holds work. In every case, I have pinned coach Galvão’s chest and shoulders with either weight or discomfort. Yes, even though I weigh less than he does, it is enough to limit his movement enough that he can neither turn nor raise up. He can turn his hips but without being able to move his shoulders, it doesn’t matter.

If I am too far down on his chest, none of that works. These pins do work on opponents at least 100lbs heavier. I know from experience. However, my technique has to be spot on and I need to attack as soon as possible. Also, if my legs are too far from my opponent’s head, they can reach them with their legs and pull me away. Every part of my body is where it is for a reason. Even in what looks like the most simple moves, technique matters.
Ok, why Lee’s scene is a great example of how to write a fight scene:
She keeps it simple. With the video explained a little more, you can see that there are a lot of details that Tosca could have added such as where Chase’s legs were and where his weight is distributed. She doesn’t because she chose to serve the story instead.
She serves the story. To serve the story is to only use what is necessary to further the story. Tosca could have added in the details I mentioned but she didn’t because they didn’t matter in the scene, chapter or book. What mattered is that Chase is pinning the guard and he does it in a way that is in keeping with his character who is a former fighter.
She doesn’t use technical jargon. Tosca does not tell us the name of pin/hold Chase is using. That would show her knowledge of fighting without consideration of her reader’s knowledge of fighting. Requiring a reader to know what they don’t can take them out of a moment. A reader should be in the fight, not trying to figure it out.

Writers, it can take a whole book to win a reader, but just a page to lose them. Don’t lose your reader by using jargon they don’t understand. Yes, there are times when technical words must be used. If that is the case, show the meaning of that jargon. Don’t tell. Show. I cover that a bit more in my book.
She uses description everyone can relate to. Tosca writes that the guard “kicks like a half-squashed bug, tries to buck and roll.” That is a description that many people can visualize. It also gives us an idea of how much pressure Chase is putting on the guard’s chest. Plus, it’s kinda funny to think about. In that hold, I have totally bucked and kicked like a squashed bug.

Make your fight scene simple, relatable and serve your story. I know it is hard to not add in all the technical details especially if you have a specialized knowledge. You have to ask yourself if your reader would still understand the scene if they had never seen a fight, weapon or martial art in their life.

OK! NOW FOR THE STUFF!

Comment below for a chance to win Tosca Lee’s A Single Light swag bag or my book Fight Write: How to Write Believable Fight Scenes. You might just win both!
Until the next round at FightWrite.net, get blood on your pages.

Recently, at a writer’s conference, I was on a panel called “Blood and Guts.” Panels are a group of folks…

END_OF_DOCUMENT_TOKEN_TO_BE_REPLACED

Choose the pic and check out FIGHTWRITE SHOP! This past weekend at the Realm Makers convention, I had the privilege…

END_OF_DOCUMENT_TOKEN_TO_BE_REPLACED

In our last round, we discussed size disparity and strikes. You now know the correct way to both kick and…