Blade Damage – What Will Kill

Happy New Year, all! I took a little time off for the holidays and to enjoy a little steaming cup of flu. Ah, good times. 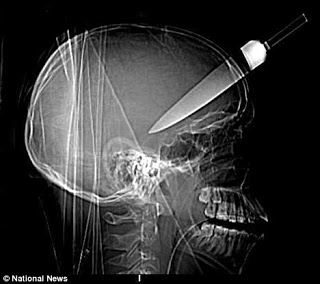 Ok, where were we… Oh yeah, your character has been stabbed. You’ve given physical cues, used the correct sort of blade, chosen a great vital target, choreographed a scene and have described the wound down to the last strand of tissue. All that’s left is the aftermath. First and foremost, let’s see if they will survive. Remember, in historical settings, most anything can kill a character. All of these stats I’m listing are from within the last twenty years and I’ve given them in order by what was presented as most common. And, keep in mind that any stab wound could be fatal if large enough or if infection sets in.

CHEST – The chest is a large target. Stab wounds to the chest that prove mortal tend to be to the left side. That 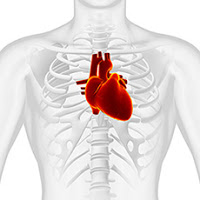 HEART – Yes, the heart is the most common target for a stab wound. Go figure. Even though it may not be injured with a stab to the chest, it’s likely that was the goal.

A blade strike to the heart is often seen as a sure bet for killing. But, with modern medicine, stab wounds to the heart aren’t as fatal as one may think. During a twelve year period at King-Drew Medical Center in Los Angeles, over 600 hundred patients were seen for stab wounds.

Of those with stab wounds to the heart, only about 11% died. These strikes prove most fatal when the aorta is damaged. Interestingly, when the heart itself is injured, punctures to the atria are more damaging than those to the ventricles. The ventricles contract. Each contraction  temporarily staunches blood flow.

Death from a wound to the heart is not only from exsanguination (that’s a great word). It’s also the result of the pooling of blood and collection of air between the chest wall and lung. In other words, the blood you see coming out is only part of the problem.

ABDOMEN – I think abdominal wounds are goldmines for writers. They are rife with opportunity for not only damage, but wonderfully gross damage. Also, you can really draw out a death with an abdominal wound. Damage to the major arteries prove the most fatal the fastest. A puncture to the liver has the potential to be fatal but with modern medicine not so much. In a study of over 100 patients with abdominal puncture wounds, those with damage to the liver lived about 95% of the time with surgical intervention. Of those that did die from the liver injury, only one death was directly related to the wound to the liver. The others were due to complications associated with other injuries.

But, then below the liver, we have the bowels. Ah, yes, the viscera. They have a way of making an appearance when the lower abdomen is deeply penetrated. But, insides on the outside doesn’t necessarily signal death because the actual intestines may not be breached. When they are, bacteria and/or fecal matter will enter the body cavity and causes sepsis. With modern medicine, sepsis is treatable. But, still, on average, 250,000 people die from sepsis each year in the U.S. The Center for Sepsis Control estimates that about 30 million people world wide die each year from sepsis and its subsequent condition, septicemia.

HEAD AND NECK – Stab wounds to the head and neck are not very common and it stands to reason. Both are fairly small targets that people tend to guard well. Stab wounds to the neck can result in exsanguination or asphyxiation directly related to the blood loss.

Do not assume that cutting the throat will cause immediate death. Special Forces are urged to perform a kill from the back by stabbing the kidneys rather than reaching around and slashing the throat. If the throat is slashed too high, the arteries may not be severed and the voice box may still be viable. Noise can still be made and the victim can bite the arm of the attacker.

A mortal wound to the throat should be low, below the larynx so that air cannot reach the voice box. And, it should sever arteries. Point of interest, the resulting blood flow would be newly oxygenated and therefore bright red.

Stab wounds to the brain often occur through the ocular cavity. And, by the way, if the eye ball is punctured, which it may not be, it might move up or down out of the way of the blade. If it is ruptured, the result would be very bloody. I would have imagined it to be more watery than super bloody. Not so. I know a guy who stabbed somebody in the eye with a stick. He said that he was very surprised at the amount of blood that followed. (I know all kinds of folks, y’all.)

Stab wounds to the brain aren’t usually fatal. More often than not, victims have no idea they have been stabbed. Ironically, if the wound does prove deadly, that’s often why. The wound may be hidden by hair or folds in the eyes and left untreated. Intracranial bleeding or infection often ends up being the official cause of death with blade wounds to the skull.

SPINE – Stab wounds to the spine can cause complete or 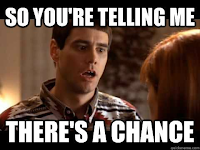 partial paralysis below the area of injury. And, hey, here’s a cool plot twist opportunity: that paralysis can occur many years after the event. It’s very rare that it happens. But…it’s possible. Like in Dumb and Dumber when the girl told Lloyd that the possibility of them being a couple was one in a million and Lloyd responded, “so you’re telling me there’s a chance.” That’s all we writer’s need is a chance.

EXTREMITIES – Blade wounds to the limbs are deadly when there is major vascular damage. And, in those cases when the victim did die from blood loss, it was often because they didn’t realize the extent of the damage and just kept walking around. (One forensic report said a lot of those people were drunk.)

Blade wounds to the arms tend to be defensive wounds. Which is why when you are defending against a blade with your arms, you should do so with your wrists facing inward.

Blade injuries to the legs aren’t terribly common. However, an educated blade wielder knows to go for the upper inside of the thigh. Not only does such a strike have the potential to do damage to the femoral artery, but, at the very least, it will cause the person to go to a knee as side to side balance will be inhibited.

What if the wound to the extremity leads to a limb being lopped off? Can you survive that? Yep, with proper first aid you can. Watch 127 Hours. The man pictured here is the guy on whom the movie is based. His story is incredible. If I had to cut off my own arm to see my family again, I’m sure God would take care of them in my absence. I thought I could do it until I saw James Franco have to go through the nerves. Yeah, no.

So, there you have it. Now you have a better idea of what sort of blade wound will kill and how it would do so. In all cases, regardless of injury, the wounded should be considered dangerous. The damage should be inflicted and then distance should be put between the wielder and victim. 20 feet or 6 meters is considered a reasonable safe distance.

If you’d like to further peruse the sites from where I got this info go to: Stab wounds by anatomical location and Gov Stats.

And now, for those of you who enjoy cooking, here’s a little first aid for knife wounds in the kitchen. Enjoy. (The pic will lead to the NBC website and the clip) 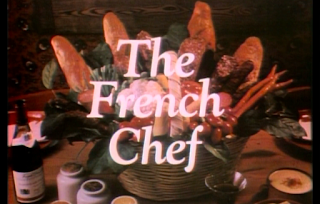