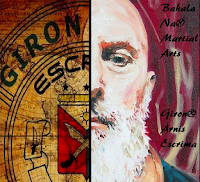 It’s a rare blessing to know someone as knowledgable as Master Kirk McCune. Being able to interview him live is rarer still.

Calling Kirk an edged weapons expert does him both justice and a disservice. It expresses his mastery but also narrows it. In truth, Kirk knows a bit of everything about anything having to do with melee warfare. He can also thumb through the history of warfare and tactics like a human index. And, for the purposes of this blog, I’m happy to say that he thinks like a writer and is a great storyteller. I’ve told him that he should write. The ability wafts off of him like a stink.

That title also doesn’t tell you what a sincerely nice and generous guy he is. During this podcast he was finishing up a month long Bahala Na European tour. He called me from Ireland at 8:00pm and he hadn’t even been there a full 24 hours yet. When I say he is a nice guy, I’m not just being nice. (Because he was calling from such a clip away, there’s a bit of a delay between us in the interview.)

Kirk will cover a lot of great things in this interview including:
– What you can tell about an edged weapon just by looking at it
– GME Leo Giron and GME “Tony” Somera
– Weapon balance
– Where bladed weapons are used today
– Defensive use of daggers
– Main gauche dagger or buckler, which is better for the left hand
– What kind of fighter uses a main gauche dagger and what kind uses a buckler
– What happens when two blades collide edge to edge – it’s not what you think! (I gasped like a total nerd at the answer)
– Purpose of fullers and when you wouldn’t want one
– What sort of sword he would carry everyday
– One-hand vs two-hand vs hand and a half swords
– How the hands work together with a two hand sword
– How long a real sword fight lasts
– What sort of injuries happen on the battlefield
– How a weapon matches a character’s personality
– And what he would choose for self defense in a zombie invasion

By the way, we mention HEMA which is Historical European Martial Arts.

This and other episodes of The Geek Block can be accessed 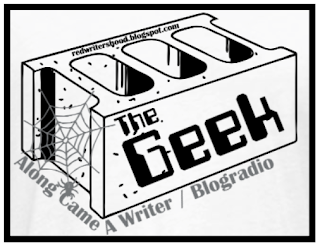 through iTunes on the Along Came a Writer network as well as BlogTalkRadio.

To listen to this episode now choose The Geek Block logo. ENJOY and thank you for listening!