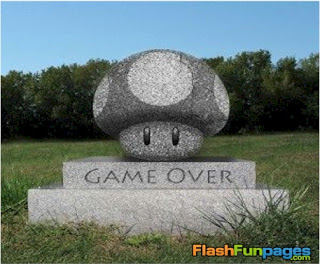 Not many know what it’s like to die. It’s one of those experiences that in order to gain it, you have to lose. But, as writers, we need to know. We are the dying characters. We allow living readers to experience those final moments of life with us as well as what quickly follows in death.
It’s fascinating how well the Lord made our body able to dispose of itself. It’s not pretty, but it’s incredibly efficient. Truly, His divine creativity did not stop with our construct but continued on through our deconstruction as well.

Sensations noted by those who have died
and been resuscitated:

* A sense of peace and safety, no cause for alarm
*  Feeling of weightlessness or falling
*  The closer to death, the less pain
*  Gradual darkness
*  Seeing colors
*  Seeing light
*  Seeing people, who aren’t actually present
*  Seeing deceased loved ones
*  Seeing God
*  Bursts of consciousness/hyper acuity
*  Loss of individual senses one by one
*  Feeling that you are not alone

*  Brain function surges as one dies
*  Death, even a quick one, doesn’t occur all at once but in stages as a chain of events.
*  Brain activity may continue after death. (Those who have returned to life often recount sounds around them while they were clinically dead.)
*  Clinical death – cessation of heart beat  Biological – degeneration of tissues in brain
*  After death, muscles relax including those retaining bodily waste. These are the first foul smells of death.
*  Because of this same relaxation, all wrinkles smooth out.
*  If pressure is applied to the chest of the deceased, trapped air may come out with a moan sound.
*  Skin quickly pales.
*  Blood settles in lowest parts of body and coagulates discoloring skin.
*  A body may stay warm up to eight hours.
*  The body temperature drops 1-2 degrees F every hour until it reaches the surrounding temperature. This cooling is called Algor Mortis.
*  The body will feel cold to the touch after eight hours.
*  In a hot, humid climate, bodies will begin to stink quickly after death.

*  In a cold climate, it may take days.
*  Gas builds up inside the body, causes it to expand, forces the eyes out of the sockets and tongue out of the mouth. It will continue to swell until it bursts and falls away from the skeleton.
*  Rigor mortis is caused by a coagulating of blood in the veins. It begins two to six hours after death in the eye lids, jaws and neck.
*  After being rigid for one or two days, the body again relaxes.
*  After seven days of death, most of the body is discolored first green, then purple and finally black.
Bloody blisters form on skin and it falls away from the muscles.
*  Maggots can digest over half of a human body in about a week. 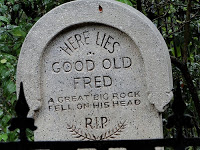 *  Hair and nails do not actually grow after death. The skin of the body simply pulls away from them.
* When buried six feet down, without a coffin, an un-embalmed adult normally takes eight to twelve years to decompose to a skeleton. However, if placed in a coffin the body can take many years longer, depending on the type of wood used. For example, a solid oak coffin will hugely slow down the process.   – www.memorialpages.co.uk

When you take your reader through a battle field, show them just enough death to make it real. Don’t disgust them or you will take them out of the scene. Make them experience it, but don’t make them wretch. Remember, serve the story first and foremost.