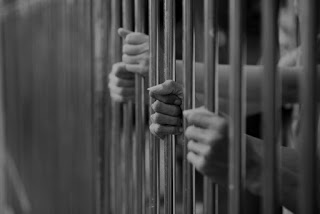 Female hostility is different than that of men. However, it’s the male version with which we are most familiar. That’s what is generally depicted on page and screen. But, be not deceived. Though the end result of female violence may be the same as a male, the path leading there is quite different.

But, look at every other means of violence. Women are more likely to use an instrument to kill. And, the instrument is most likely a knife. Why do women use a tool to kill (statistically) more often than men? I see two reasons. If you see more, please put them in the comments.

First, women do tend to be physically weaker than men. It’s how we are and that’s ok. I’m not sure who said we had to be as strong as a man or how we even starting comparing physicality of men and women. We are complimentary to one another not in competition with one another. Yeesh! Anyway, that disparity of strength can make overpowering a male victim difficult. Thus, women use a tool to even the playing field.

Two, women tend to kill people they know. (3) And, when you are intimately connected to the victim, you sometimes want to experience their suffering. Almost every other noted means of death requires being in someone’s intimate space. That’s not an accident. (But, women might make it look like one! Again, another post.)

Well, writers, what did we learn today? One: women are as aggressive as men. Ask the marriage counselors. Two: women kill less often than men. (Or do they? We’ll look at that in another post.) Three: when women kill in the U.S. they are more likely to use a means that isn’t a gun more often than men. That may be due to a strength disparity or their connection with the victim.

Apply all this warm, fuzzy info to your female characters that kill. I don’t mean soldiers. On the battlefield a soldier is a soldier. I mean in any other instance a woman isn’t necessarily going to kill in the same way a man might. And, if your setting is outside the U.S. that method of killing will not likely be a gun. Your character will employ a tool of some sort and that tool might be a window. (Beware of any woman who walks around with a window!!!!)

In our next round at FightWrite.net we will look a little closer at why women kill less often than men. Or, do they???

Until then, I leave you with the words of Rudyard Kipling…

When the Himalayan peasant meets the he-bear in his pride,
He shouts to scare the monster, who will often turn aside.
But the she-bear thus accosted rends the peasant tooth and nail.
For the female of the species is more deadly than the male.
– The Female of the Species
Now, go out there and get blood on your pages!