Home » adrenaline » Adrenaline – The Un-Sunny Side 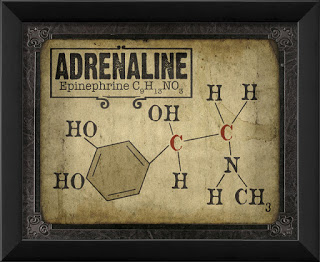 I regret not calling this series, “Adrenaline: Your Frenemy.” It has a very dramatic, tabloidy feel and when I think tabloid, I think dirt. And, that’s what we’re going to dig up in this post: the dirt on adrenaline.

I’m often asked what pet peeves I have with fight scenes in movies. Well, here’s one: the aftereffects of adrenaline are seldom shown. There’s a good reason for that and it’s the same reason we never saw Katniss take a break from the Hunger Games to use the restroom. It’s not pretty. It’s normal, but it doesn’t make for great action. 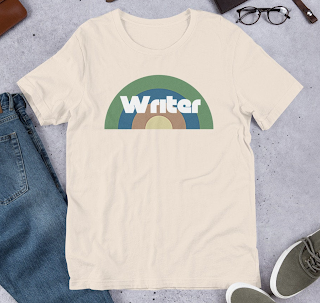 Before I get to the aftermath of an adrenaline rush, let me touch on a few downers of the rush itself. I didn’t include these in the last post because I was looking only at the sunny side.

Fine motor skill decay – You may be able to wield a bat but loading individual bullets into a revolver could be a real issue.

Bladder/Bowel evacuation – Although the adrenaline itself doesn’t cause this, it happens as a result of the brain focusing on other processes of the body it deems more important than continence. Often in movies we see the coward wet him or herself. In truth, it’s likely the most terrifying of Berserkers did too simply because their brain had better things to do than hold water.

And now for the after party! Here’s what you don’t see portrayed on the screen and page. After that adrenaline dump, your body goes through a lot and none of it is very attractive.

Memory loss – You may have no recollection of what happened or only flashes of the event or a distorted memory.

Shaking – This is a result of falling blood sugar. Remember all the glucose pumped into your system to give that energy boost? Well, now you’re in a deficit.

Exhaustion – Understandably, your body will be tired from being on hyperdrive. Thus why we sleep so much after a stressful event.

Fainting – This is from a sudden drop in blood pressure and not related to cowardice. It is completely beyond the control of the individual.

Nausea – Because blood has been diverted to muscles, your stomach may rebel.

Emotional outburst – The emotion suppressed by adrenaline will catch up with you when it ebbs. Quite often the emotion floods out with tears even if tears aren’t the norm for you.

Hypersexual urges – Once you realize you are alive, you might feel really, really alive!

Muscle soreness – You will be sore in places not even effected by the event because of the muscle tension held during the event.

I know adrenaline well. Because of a life threatening allergy, I’ve been given injections of epinephrine (adrenaline). It makes me shake and feel like my muscles are bursting through my skin. It feels as if my skin is actually holding on too tight and I need to come out of it. I want to tear things and jump up and down, not out of anger, just to relieve the pressure of energy. After it wears off I’m exhausted and my muscles feel like I’ve been working out hard. And, I cry and cry. I can’t stop the crying.
Adrenaline is a blessing. It can save your life. But it has its burdens – as all super powers do. If your character has an adrenaline dump, be aware that they will likely feel dumped on afterward.