The entire body is a target. However, there are certain points that can be especially

vulnerable. Striking these are more likely to have mortal implications. Remember that many vital organs are protected by bone. Don’t assume those bones will leap out of the way of your character’s blade or that said blade will break through those bones.

I’ve noted that some strikes cause an immediate drop. That’s not to say they cause immediate death. Sometimes pain causes the drop, sometimes the quick blood loss causes the body to go down in an effort to maintain  blood pressure. Unless noted, assume the opponent can continue on fighting for as much as fifteen minutes. It probably won’t be that long but it’s better to assume more time than less. I will get into that in more detail in another post.

Remember, to do the most damage you need to remove your blade. An inserted blade may staunch the flow of a injured blood line. Pull that sucker out though and you have a flow going.

In this scene from John Wick 2, (SPOILERS AHEAD) Wick tells Cassian that once he removes the blade, he will have about a quarter second to live. And, like just about everything in John Wick, that’s correct.

During the fight, notice that when Wick blocks a blade, he does so with the back of his arm (1:03, 1:33). Why do you suppose that is? Hmmmm? Also, note where the final strike is on Cassian.

Wick blocks with the back of his arm to protect the blood rich underside of the forearm and wrist. It also protects those tendons. If they are cut, the hand won’t work as well or at all depending upon the cut. And, Cassian gets a knife to the heart. The heart isn’t on the left side of your chest. It’s in the middle but it does tilt to the left. So much so that it can be attacked from under the left arm. You absolutely can be stabbed in the heart and live, although Cassian doesn’t as far as we know. (I’m holding out hope) I will talk about survival rates in another post. 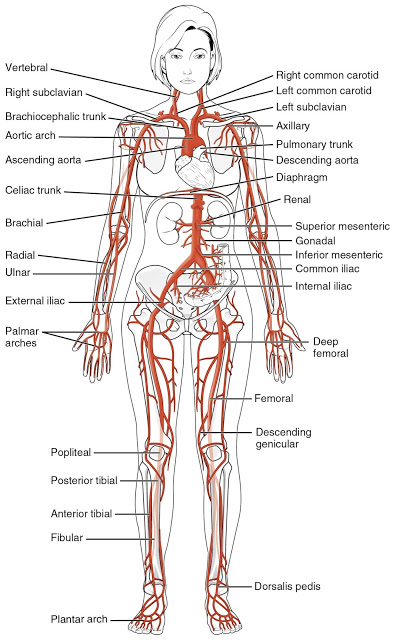 * Base of skull/brain stem (immediate drop – clinical death, technically they will still see for a few moments)
* Ocular cavity
* Temple
* Sinus Cavity (go in between nostrils, just above mouth, and aim up about 45 degrees)
* Jugular Vens
* Carotid Artery
* Subclavian Artery (go in right behind collar bone, immediate drop)
* Brachiocephalic
* Heart (through chest or under left arm)
* Abdominal aorta (from celiac trunk to inferior mesenteric, immediate drop, aim just below sternum)
* Liver
* Kidney (through back, immediate drop from pain)
* Liver
* Lower Abdomen (slash produces more immediate and dramatic results than stab, will not cause an immediate drop but victim will need to catch their intestines as they spring out so they will be unable to continue fighting)
* Femoral Artery
* Perineum (view post on this strike)

Here is a 360 view of the body. It will allow you to examine the body’s “roadmap.” Turning the body will help you decide how to best strike certain vital points. Keep in mind how much and what type of clothing will be over those areas as well.

How much blood can your character lose? In the post on bleeding out we learned the body can lose 30-40% before it gets into real danger. How much blood is that? Well,depends on the person. Blood accounts for about 7% of one’s weight. So, I have far less blood than a 200 pound man, about 5 pints less actually. Here’s a blood calculator, and here’s a mL to pint conversion.


Blood makes a real mess. It’s often hard to calculate how much blood has been lost. Even professionals struggle with an estimation. Here’s a video that helps. 20mL is about a tablespoon and a half.

Let me make a huge digression here to say a few personal words:
With the American holiday of Thanksgiving upon us, I want to say a sincere thank you to the readers of this blog. A year ago, I never imagined it would be what it has become. YOU are the reason FightWrite is still here. I’m thankful for all of you. And, I feel a special appreciation for those of you outside the U.S. It means the world to me to know you are reading from all over the world. May God bless you, keep you, cause His face to shine upon you and give you peace.
Until the next round at FightWrite.net, get blood on your pages.