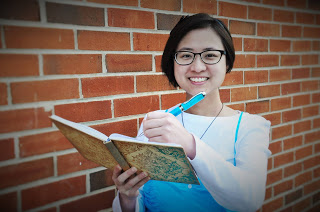 Our question this week is from FightWriter S. E. M. Ishida:

I’m curious to know how martial arts fighting styles compare to actual fighting. I recently started learning a martial art, and I hope that learning it will help me when I write fight scenes. Are certain martial arts/fighting styles more “realistic” than others? Do you have any that you recommend? 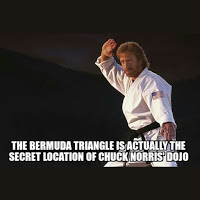 First, every martial art is best for what it is designed to do. Some meet power with power. Some use the opponent’s power and momentum against them. Some are meant to spare the hands and some were designed around weaponry to spare the entire body. But, all of them are great to learn. Every single one will make you stand a bit taller and give you more confidence which is key in a whole lot of things including writing.
Now that I’ve clearly stated that all martial arts are great and there is no reason for anyone to send me long emails for not giving props to their particular art, I want to look back at your question and raise one of my own. What do you mean by an “actual fight?” Fights change depending upon the setting. A fight in a 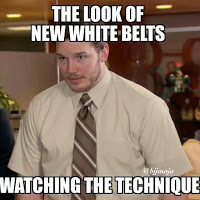 bar will look different than one on the street. The former will have a bit more bravado and hints of social order meaning there will be some things that likely won’t be done that would absolutely be done were the fight to go to the parking lot.What’s the difference between inside the bar and outside in the parking lot? Witnesses. Yes, in a bar you may have weapons drawn, bottles broken and used. But again, there will be people who can say what they saw you do. For that same reason, a person may want the violence they inflict to look tough. They will throw a big haymaker punch rather than gouge an eye. And, as well, there may be a crowd which might inhibit movement. You aren’t as likely to shoot if perhaps you could hit your buddies who are brawling around you. 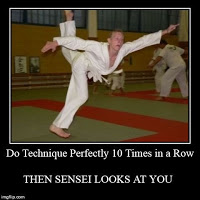 The latter, a street fight, is going to be far more brutal and primal. There is zero social order. It’s straight up Lord of the Flies. Weapons will be drawn/wielded and every manner of attack will be fair game. People bite, tear body parts and claw at eyes. They stomp heads, kick ribs and pull out so much hair hematomas form on the scalp. Which martial art is designed to combat that sort of violence? Well, that’s a toughie. There are a few that work off the assumption that the poop has hit the fan with extreme prejudice. None, however, assure that you will have the exact moves to handle every single scenario. But, you don’t have to in order to productively defend. 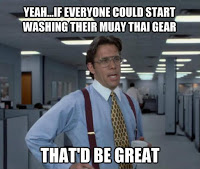 So, again, “realistic fight” is a very broad term. Like any great story, how a fight plays out in real life depends upon the setting. Will learning karate (just using that as an example) help you write that Victorian fight scene? Well, yeah, it can, if you spar.The most important thing you can do in any martial art to better write fight scenes (as well as learn to defend yourself) is to spar. 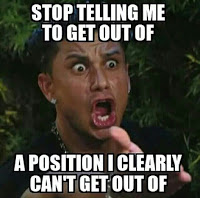 Sparring will help you better understand how the body moves and reacts to attack. You know that when a strike comes from the right, the rest of the body generally does ___. And, if you want to advance you will have to do so defensively because any time you attack, you open yourself up in kind.

It also helps you understand body positioning. Some moves feed into others because the body movement of the first sets up or lends itself to the second. And, just as well, some moves don’t work together. You learn that by trial and error in sparring. Oh man, in your head, you come up with amazing sequences! Then you get on the mat, give it a go and realize that to do move two, you should be facing left but move one left you facing the right.

Lastly, by sparring, you will learn that sometimes you target an area not so much to make contact with that area but to get your opponent to move a certain way. That particular movement will open up the target you really wanted but your partner had been defending. You strike at the belly to expose the neck. You strike the left side to open the right.

Now, will doing jiujitsu make you better at writing a fist fight scene? No, it won’t. If you want something specific, you will need to study that specific thing. But, no worries, whatever gaps you feel you have in your fight training can be filled in right here! TA-DA!

So, in summary, whatever martial art you do is awesome. All of them make you a better human. If you want it to really impact your fightwriting, you need to spar as that teaches things you can’t learn in other way. And, finally, what you don’t learn in the gym/dojo/kwoon/etc. you can learn here. If I haven’t posted on it, ask me about it and I will.

Thank you for your question, Sarah. Whatever martial art you are doing, keep doing it! I’ve never heard anyone say, “dang, I wish I hadn’t gotten more physically active, learned a skill, improved my self esteem and self discipline and had so much fun! Ugh, it’s the WORST!”
Until the next round at