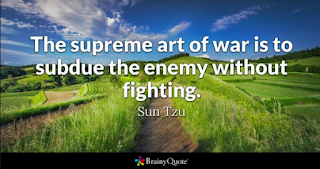 We’ve been looking at how your characters can fight mentally by means of a form of mental manipulation known as gaslighting. We have defined what it is, looked at the personality of a gaslighter as well as the sort of things a gaslighter might say in your MS. In this the final part in the three part series, we are going to look at what your gaslighted character may feel or say in response to the mental manipulation.

How Gaslighted Victims Respond
As important as showing the tactics of the gaslighter is the response they elicit from the target. According to the National Domestic Violence Hotline, these are ways to show that a character is being gaslighted.

* He constantly second guesses himself.
* She often asks herself if she is just being too sensitive.
* He feels confused or even crazy.
* She constantly apologizes to the gaslighter.
* He can’t understand why, with so many apparently good things in his life, he isn’t happier.
* She finds herself keeping information from those close to her so that she doesn’t have to explain or make excuses for the gaslighter’s behavior.
* He knows something in the relationship is very wrong but can’t quite express, even to his own self, what it is.
* She lies to avoid put downs.
* He has trouble making simple decisions.
* She feels that she is no longer normal self. She used to be more confident, more fun and laid back.
* He feels hopeless and joyless.
* She feels as though she can’t do anything right.
* He wonders if he is a good enough employee, friend, husband, parent, etc.
* She feels physically tired after interaction with the gaslighter.

How does your gaslighted character beat the gaslighter? Well, he won’t. Gaslighters are brilliant. They have their victim caught in a game to which only the gaslighter knows the rules. So, you need to focus not on beating the gaslighter but rather besting them.
* First, your character has to have a clue what’s happening. In their gut, the will know what is going on. But, the doubt that has been cultivated within them from the gaslighter will strangle their instincts. So, something will need to tip off the victim.
* Have the target write things down, tiny details to compare with the story of the gaslighter.
* Keep communication with the gaslighter simple. Words are lengths of rope for a gaslighter. The more you give them, the more they have with which to hang you.
* The target has to get away from the gaslighter. Period. Now, this is going to offer you more opportunity because getting away from a gaslighter really ticks them off. He or she uses the power gaslighting gives them as fuel to maintain the upper hand in social and interpersonal situations. So, in having the victim leave the gaslighter, you are going to have opportunity for plot twists and added word count! Don’t roll your eyes at me about that. You know “word count” is a thing!


Gaslighting is diabolical and offers a wealth of opportunity for writers. Wow. You know you are a writer when you read about something awful and get a little pumped knowing you can use it in your work!

While I learned a great deal researching this and the response to the posts on gaslighting has been great, I gotta tell ya, I’m kinda glad I’m done with them. Every time I read up on gaslighting and wrote about it, I got majorly bummed out. Especially because I live with a gaslighter… 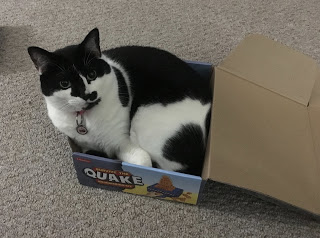 This is Dottie. Dottie is a gaslighter. I told her about a hundred times to get out of this box. She assured me that not only was she not in the box, but maybe I was really the one in a box. Maybe it was my guilt of being in a box that was driving me to accuse her of the same. Maybe if I took a good look at myself, I wouldn’t be looking for her to make a mistake! Maybe I should just feed her because according to her, I have never fed her. Ever. She is skin and bones and dying. Maybe I’m trying to kill her and I’m accusing her of being in a box because secretly I want to put her in a pine box!
I showed her this picture. She said that I need counseling.
And that, dear writers, is gaslighting. Thank you, you’ve been a great audience. Be sure to tip your waitress.

Until the next round at FightWrite.net, get blood on your pages!
(I’m not the one in the box, right?)