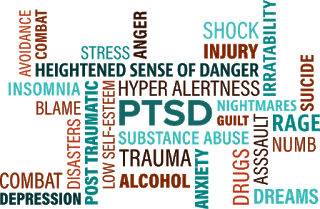 First things first, my book is out in just a few weeks! Pre Order!!!

Ok, in our last round on FightWrite.net we looked at how the PTSD symptoms of intrusive thoughts and insomnia manifest in the behavior of our characters. In this round, we will look at fear and anxiety more closely.

Fear and Anxiety
Fear and anxiety are sometimes used synonymously and the two are quite different. Fear is an intense physical and emotional response to an impending or assumed impending threat. Anxiety is less intense but sustained feelings of worry, nervousness or unease that arise from impending events or situations. Both fear and anxiety are completely normal. They exist to save us from harm and are in proportion to the threat or impending event.

And, then, there is panic. Panic is uncontrolled fear and anxiety that is not in proportion to the threat. Panic pulls out a shotgun to get rid of a housefly. We’ll look at that in our next round. Today, let’s focus on fear and anxiety. 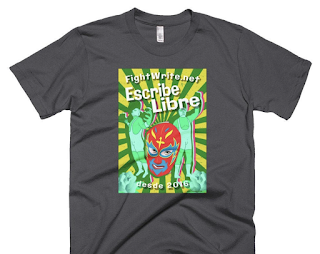 The great thing about fear is that if you feel it, whatever you’re afraid of hasn’t happened yet. What do I mean? Well, if you are afraid the plane you’re in will crash, it’s because it’s not falling from the sky yet. Once it starts a wild descent, you are not afraid. You are in “survival mode”. And, while survival mode is a very intense feeling, it’s not one of fear.

Survival mode is a jet-fueled nothingness. You are completely aware of that moment. Not the second before or after. Just the one your’e in. Though you are fighting hard, you are numb. Pain may register, but its as if you are feeling it second hand somehow. You can’t believe it is you. After the incident, you may remember nothing. The memory is a blur. If you see the incident on film, it may surprise you. You may have no recollection of what you are seeing. Or, you feel suddenly remember every moment and relive the event. But even then, there’s not fear so much as shock.

I mention the book The Gift of Fear quite bit when I teach self defense as well as when I teach fighting to writers. And if you only buy one book the rest of your life, you should buy The Gift of Fear. Unless you don’t have a Bible. Bible, then Gift of Fear. Ok, so TWO books! Then, my book third! But, fear is a precious thing. Your character should heed it. However, when the feared thing attacks or moment happens, that fear needs to leave. Fear is a warning. It exists to spare you from what may come. It is not intended to help you survive the coming thing but rather avoid it. It creates a storehouse of adrenaline for you to use to survive the thing you fear. That make sense?

For more on that see my posts on Adrenaline, here’s one and here’s another, as well as this interview with an assault victim.

Also, I want to add that what you feel in survival mode is not the same as what you feel when in a sanctioned fight. When you are in a fight that you have trained for, there’s more clarity. That is one of the purposes of training. You bathe yourself in adrenaline constantly so that you learn to be productive while splashing around in it. You do still feel its effects, such as diminished pain (thank goodness!) but you do not get lost in its fog.

Ok, where were we? Ah, yes, fear and its physical manifestations!

* going pale
* freezing in place
* inability to speak
* goosebumps
* rapid heartbeat
* rapid breathing
* voice tremor
* knees buckling
* fainting
* running away
* sweat above lips or on forehead
* visible pulse
* trembling all over or in regions of body
* body odor (fear makes you stinky)
By the way, according to science, fear does have a smell although, they aren’t really sure what it smells like(1). However, when study participants smelled sweat of those who were afraid, the participants also felt fear. Go figure! Also, ew.

If your character is anxious or afraid, show the reader their anxiety and fear. Not only will showing these feelings make the moment on the page more realistic, but, anxiety and fear are contagious. You’re reader’s brain will sink its claws into those emotions and be pulled along with the character.

For a great, exhaustive reference on the physical and mental effects of emotions, check out The Emotion Thesaurus. It’s brilliant.

Until the next round at FightWrite.net, get blood on your pages! Oh, and be sure to check out my FightWrite podcast and book!