What Writers Can Learn from John Wick

Home » fight write » What Writers Can Learn from John Wick 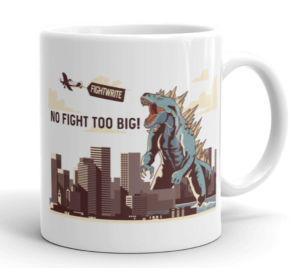 First things first, my book, Fight Write: How to Write Believable Fight Scenes, hits shelves June 11!!! If you would like to be entered into a drawing for a free, signed copy, ❤️  this post on Instagram, #fightwriteJohnWick, and follow me on the same. Simple as that. I will choose a winner before June 15, 2019. If you would like to buy it in stores, go to to the writing section in any Barnes and Noble. From release until the fall, it should be on a top shelf display.

Ok, second things second, you do not have to have seen the John Wick movies to understand this post. Let me say that right (write) up front. And, I will not spoil anything for those who haven’t seen any of them and plan to do so. Promise. Let me also say that John Wick movies put the OH in viOlent! If you are easily offended by physical confrontation, do not go anywhere near this movie.

If you know me or listen to my podcast, you know that I love me some John Wick. And, that is not just because I am a fighter, I love the movies as a writer. There’s things that all writers, whether they write action/fight scenes or not, can learn from these movies. In this post we will focus on writing. And, everything I’m presenting here is Writing101. But, if you are like me, sometimes you need an example to help you remember things! In the next JW post, we will focus on fighting. I will do a podcast on this subject as well because it just makes me happy! iTunes Spotify

1. Show what is normal and put your reader in the middle of it.

Unique coins play a special roll in all of the JW movies. We see one of these coins long before we know the history of them. And, the coin itself is never explained fully in any movie thus far. But, as soon as one shows up on screen, we are shown the ramifications of receiving it. That is what is most important. Yes, I immediately wanted to know the background of the token and why it looked like it did. But, what mattered more was what happened as a result of the coin showing up. In the world of John Wick, that unique coin and its twisted consequences are completely normal. And, the characters who deal in those coins treat them as such. They do not look at the coin and explain it because you don’t generally explain what is normal. It needs no explanation. Because, it’s normal.

Sci Fi movies are great this sort of thing. When Star Trek first aired on September 8, 1966, there was no explanation of the science of artificial gravity, the “flip phone” style communicators or how Scotty was able to beam anyone up. Each of these things was presented as fact and viewers were simply expected to accept it and get in step.

It is very tempting to over explain to the reader why abnormal things are completely normal in our story world. And, I have a theory as to why that is. Now, this is just my opinion. Take that for what it’s worth.

I think we as writers over explain what we ourselves don’t quite believe. In other words, we over explain things that we don’t have confident knowledge of. In real life, when we lie, we over embellish. We give extemporaneous details that are not needed in our explanation because, in truth, ironically, we are not only convincing the target of our lie but our own selves as well.

If I ask you to describe an apple, you will likely do so quite easily without a heap of words. But, if I ask you to describe an imaginary fruit, you will go into more detail because, one, it’s something with which I have no experience. Two, it’s something with which you also have no experience. You’re explaining it, in part, to give yourself, just as much as me, a clearer vision of the fruit.

The thing is, if that imaginary fruit is a common food in your story world, you have to treat it like it’s an apple. If your characters all stand around the fruit and describe every detail, it won’t make sense and it will take your reader out of the moment.  Show how the fruit appears in the way it is held. Let the reader hear the crunch or lack of. Make the juice run down the character’s chin or the fibers of the fruit stick in the character’s teeth. Ya know what I mean? IT’S THE SAME WITH FIGHT SCENES btw. I will get to that in the next post.

So, the first John Wick writing lesson is this: Don’t explain the coin! Just show what happens when one pops up.

2. The difference in a hero and villain is who is telling the story.

John Wick is a murderer. Period. No way around it. He dispatches people with extreme, and often messy, prejudice. He destroys property, he endangers innocent lives. And, darn it, we cheer him on! The more felonious he is, the more get behind him. Because, to us, John Wick is the good guy even though he isn’t good. That is because the story is told from his perspective. 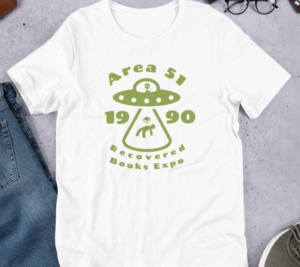 I have said this many times and I didn’t make it up. Y’all, the only difference in a hero and villain is who is telling the story. If you ask the Russian mob if John Wick is a good guy, they will quickly tell you, Nyet! Oh baba yega! That’s a transliteration that means: No, he is (the) boogeyman! If the movies were made from the perspective of the Russian mob, they would be quite different. We would hate John Wick. (Can you really hate Keanu Reeves though? It begs the question!)

We have to look at our stories from all angles. Our good guy doesn’t have to be good. In fact, sometimes, the less good they are, the better. We all love an antihero. The antihero is not what he should be, but in that moment, he is everything we need him to be. That gets into the whole antihero concept which is for another post.

On that same note, your villain can’t be all bad. If he is, the world will see him coming and not fall for his schemes. And, nobody would likely team up with him so the whole “henchmen” thing won’t work. Sometimes the henchmen are the best part of the story. Case in point, Minions!

Your bad guy can’t be a universally hated, one dimensional blob that just oozes through town devouring things. Unless the villain in your story is actually a blob. If that’s the case, ooze on fightwriter, ooze on. Send me a scene of that. PULEASE!

The John Wick writing lesson is this: John Wick is only good because he is telling the story.

John Wick’s heart is very much trashed. You are introduced to this immediately in the first movie and are reminded in the following movies. In fact, in the third installment, we learn that part of the reason he wants to live is because of the thing that broke his heart.

Maya Angelou said, people will forget what you say, but they won’t forget how you made them feel. As soon as we find out what John Wick’s vulnerability is, we feel it. We can’t help but feel it. We don’t even know all the details surrounding what broke his heart. We know the bare minimum and that’s enough because that scant bit of info is enough to make us hurt for him. As soon as a reader feels what a character is feeling, they identify with them. They connect.

Why do you want your reader to connect with a character? Well, let’s look at connect in the literal sense. If your reader is handcuffed to your character, they are doing what your character is doing. And, let me tell you what, justification becomes a big ole’ wide blanket once a scenario becomes personal.

Because we are emotionally handcuffed to John Wick, we justify his actions. We know that killing one person let alone a truckload is wrong. But…

And let me stop right there.

You know what covers something completely wrong? That big ole’ justification blanket. When we are the guilty party in something, we figure out a way to show our innocence or at least give a good enough reason for our actions that we don’t get in trouble for them.

The John Wick writing lesson is this: Before we see John Wick brutal, we see him broken.

And, that’s going to have to be it for this post! In the next in this series we will look at what fightwriters can learn from the fight scenes in John Wick. And, I will get back to the PTSD thing. Y’all have liked that. I will also do a podcast that goes with this series. When I do, I will post a link HERE!

Ok, fightwriters, that’s it for this round at FightWrite.net. Hey, thank y’all for being so loyal as readers. For reals. News of this blog is spread by word of mouth. I don’t advertise much. So, I’m here because you guys tell folks about FightWrite.net. That means the world to me and I hope I bump into all nearly 100K of you at some point. Yes, that’s how many of you romp these pages and that number climbs by the thousands on the regular. I’m very blessed.

If you can, come to the Writer’s Digest National Conference in the fall and see me. When you register, use my discount code WDSPEAKER19 for $50 off.