What Writers Can Learn About Knives from John Wick

Home » Uncategorized » What Writers Can Learn About Knives from John Wick

I recently did a podcast on this very subject on iTunes, Spotify, Google Play If you have a few minutes give it a listen. And hey, while you’re at it, just go ahead and subscribe. 😃

Writers, if you have not seen any of the John Wick movies, fret not. You will still understand this post. Promise. And, if you plan on seeing them and just haven’t had a chance, I won’t spoil anything for you. Promise, promise.

If you are a fan of the series, and have seen John Wick 3, you know that it is the most knife heavy. However, I will only be referencing John Wick 2 in this post so that if anyone wants to see what I’m talking about, they can rent the movie.

JohnWick uses a double edge knife for close quarters combat. I’m referring to the subway scene and his fight against Cassius. In that scenario, the double edge is super smart. To understand why, you have to know a bit about knives. It just so happens that I have a blog post on single versus double edge knives right here that goes in depth about the differences and purposes of each. But, in the interest of time, lemme tell ya real quick the most important thing. Double edge blades are more efficient for stabbing.

The more metal there is in the tip of the blade, the stronger the tip is. However, for efficient piercing and a deep breech (that’s a nice way of saying stab) you need a bit more than strength. You also need two keen edges. (If you aren’t sure what an edge is, give this a look.) While a single edge blade certain can pierce, that is not its most efficient use. A hearty target will hinder the single blade from breeching very deep.

Which brings me to the double edge. Not only does the double edge have a decent bit of metal in the point, it has two edges that go all the way to the end of that point.(You may hear “tip” used for “point”. Both are the pokey end of the blade.) That allows the double edge to not only pierce with a smaller likelihood of breakage, but it also allows it to cut as it goes allowing it to sink deeper. 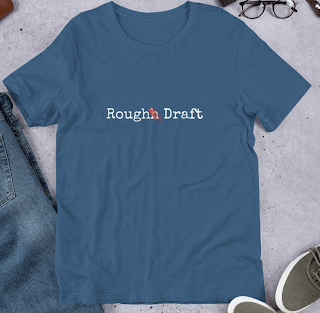 Why does that matter in closer quarters combat? Well, first of all, the closer a combatant is to a character, the more dangerous they are period. Also, if a blade is drawn, the assumption should be mortal harm. So, our characters have to respond in kind to not only the threat of proximity but the weapon. They will have to kill or be killed, and when it comes to dispatching, stabbing beats an incised wound. Yes, incised wounds can kill, but there is a lesser likelihood. If you aren’t sure what an incised wound is or if you need a reference for stab wound shapes, here is a post. The pictures are graphic. You’ve been warned.

Even if a stab would is smaller than an incised wound it has a greater degree of danger for several reasons. 1. It can go through ribs. Yes, a hearty incised wound by a sword can cut through ribs. But, we are considering knives and I’m not sure the average human can put that kind of weight behind the slash of a regular sized knife. I’m not saying it’s impossible. The only absolute in fighting is that there are no absolutes. But, as you can see from the linked post of incised wounds, the ribs are pretty good at protecting the vital organs. A dagger, which is a double edged blade, can get in between those ribs. Now, an incised wound can open up the belly and release the contents. It does have that going for it! And, an incised wound can open up arteries near the surface of the skin. It’s got that going for it too. But…

2. A stab wound can be more lethal because you can’t as easily staunch the flow of blood. Pressure can be applied to an incised wound. That is not the case if the wound is a hole that goes several inches into or through the body. (I got over those types of wounds in my book btw. You really do need it.) Yes, the hole can be packed with gauze or even a finger can be inserted to lessen the flow of blood. But, that’s tougher than just applying superficial pressure.

And, let me go ahead and stop right there for now. In our next post, we will look more at blades in close quarters combat. Trust me, if your character is in a narrow stairwell, they may want a knife over a sword.

Until the next round at FightWrite.net, get blood on your pages. Oh, hey, don’t forget to check out my book: FightWrite:How to Write Believable Fight Scenes.