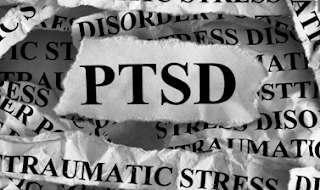 We just finished up a series on wounds by firearms and touched on the subject of PTSD. Over the next few posts we are going to look closer at PTSD and how it affects the characters we write. This week we will look at some of the most common symptoms of PTSD. And, in the next round, we will see how PTSD manifests in behavior. 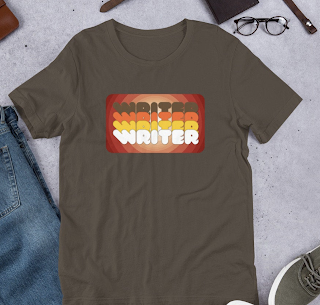 that can develop after experiencing a shocking, dangerous or terrifying event. In such events, the body is sent into “fight or flight” and releases a surge of adrenaline. In our previous posts on adrenaline, we looked at how the hormone aids the body in combatting threats as well as its negative aftereffects.

Sometimes the old gray matter gets stuck in fight or flight mode. The brain stays hyper aware, uber sensitive and demands the body to remain ready for another threat. When that happens, PTSD develops. If your character has been through any sort of trauma, these symptoms could easily be a part of their storyline. And, don’t assume that trauma is only related to an incident that happens to the character. It could be that your character develops PTSD after witnessing an event.

Some Symptoms of PTSD 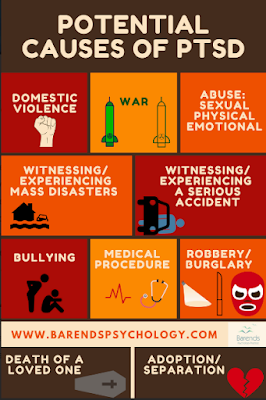 PTSD Symptoms in Children and Teens

All of the above can be symptomatic of PTSD in children with the addition of bedwetting, acting out trauma during play time and separation anxiety. In adolescents there can  be destructive behavior and self bodily harm.

Physical Toll on the Body

As you might imagine, all of these mental and emotional states can take a physical toll on the body. PTSD can cause chronic fatigue, vomiting, sensory overload – meaning the lights, sounds, smells and overall physical sensations of an environment overwhelm a person -, distorted vision and hearing, and physical sensations associated with panic attacks.

What is a panic attack? We will look at that a little more closely in the coming weeks as well as the difference in a panic attack and anxiety disorder. We will also look at film examples of PTSD. Until then, here’s a little clip about the rise of PTSD in story telling.

And speaking of the cinema, here’s a video by Martial Club comparing fight scenes in the movies to reality. Enjoy. Until the next round at FightWrite.net, get blood on your pages.