After the corpse has been collected and all evidence 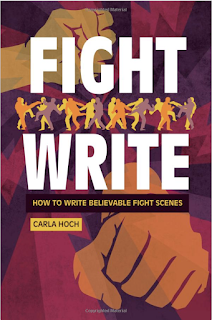 documented and bagged, what’s left at a crime scene is a big ole’ mess. And, I don’t mean dirty dishes. Human matter doth abound. That is generally the end of the scene in movies and books but the fact is somebody cleans up that mess. And it’s not the police or paramedics. Glory, they have enough to do. The job falls to private contractors such at BioTechs Crime and Trauma Cleaning Services here in the greater Houston area.

I interviewed David Morales at BioTechs and asked him a bit about his job for the FightWrite Podcast. The first interview was so good that I asked him to come back for a second and he did.

In this post, I will summarize what David told me about his work in our first interview. I’m giving you bare bones here. You really should listen to the interview. Just sayin’.

First, crime scenes indoors are generally cleaned by private contractors and they should be. Special care should be taken to eliminate bio hazardous material from an area. Blood born pathogens are nasty things and should be treated as, well, bio hazards.

When David is called for a job, he first visits the site personally. He first walks onto the property or looks in the vehicle to estimate the time and manpower needed for the job. He then provides the property owner with an estimate. Homeowners and often renters insurance covers his services (who knew?). I am not sure if vehicle insurance does or not. I’m waiting to hear back from him on that. Also, some states will give you money to help you pay for the services.

After David knows what he is in for, he and his crew suit up in hazmat gear and get to work. Anything porous that is soiled with blood or body fluid is taken away. That includes carpet, wood, dry wall, fabric. His crew boxes it up and stores it until it can be picked up by a company who destroy bio hazardous waste. Nonporous surfaces such as glass and metal can be sanitized.

Although the hazmat suits have filters, the smell of death still permeates. David said that once you smell it, you never forget it. To him is has a sour but also metallic odor. He said that he personally had never gotten sick by the smell of human decay but fecal matter he just couldn’t take. He also said that the smell of a dead human is very different than that of a dead animal. For him, the latter is worse.

I asked him how he did his job and stayed mentally healthy. There had been a few cleanings that had gotten to him, he said. He and his crew don’t always operate in a vacant residence. Sometimes loved ones are still in the house mourning the loss. That is tough for him and his crew. But, what keeps him going is that not only is he doing something that keeps the family healthy, he is helping them through a traumatic event. And, he does that by doing more than cleaning. If there is anything the family needs from the room or residence where the death occurred, he will retrieve it for them. In fact, that’s one of the first things he offers. He treats the people he cleans for with kindness and compassion. After all, his services aren’t really something anyone wants to use. But, he said more than one homeowner has hugged him and thanked him for his services. And, I don’t doubt that at all.

Ok, sooooo what about the gross stuff? Well, that will be in the next post. OR, you can listen to it in the second part of my interview with him.

Here is an episode of Crime Scene Cleaning. Enjoy. Should I say, “enjoy?” I don’t know. Anyway, here ya go!