Home » Uncategorized » Crime Scenes: Call to Clean-Up, Pt 2 Dispatch, EMS, FD, PD
In our last post in this series we looked at how to dial emergency around the world. Today we will look at dispatch and what happens right after. 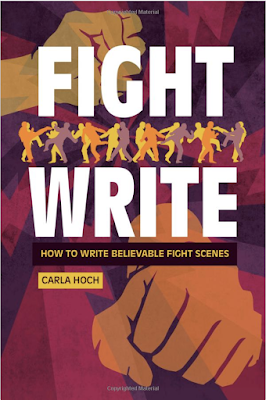 When a call is placed to 911, the first thing the dispatcher does is figure out what type of an emergency it is. For this post we are going to assume that we are writing a scene in which a character has found a person who has been shot.

If your work in progress requires your 911 operator to have any specialized knowledge, you need to know how much that operator knows. Training requirements vary state to state so check out your state of setting here.

If EMS determines that the person is dead, they will not will not intervene and offer aid. As my paramedic friend said, “we don’t help dead people.” What are obvious signs of death? There’s a light overview is in this post. I will go into greater depth in a coming podcast. (out Oct 3)

If the body is located in an unsafe environment, such as in a house where the smell of gas is strong or is behind a locked door, firefighters may be dispatched. They will enter the habitation and make it as safe as possible. Firefighters will not remove a body from a residence unless there is an assumption of imminent collapse of the house or the area is considered very dangerous. Otherwise, it is policy for firefighters to leave the body as they discover it so as to not disturb evidence.

EMS will document what they observe in the victim. They will not give a cause or time of death. They will also not transport the body. They will stay at the scene until the police get there to secure it. Securing means just making sure the area is safe from passersby, loved ones or media tampering with evidence or any part of the scene.

We are looking at this scene as a death via gunshot wound. That can leave body matter in the area but likely not large pieces. If there is large body matter at a scene, who cleans it up?

EMS, firefighters and PD are not to tamper with any part of the scene which includes a dead body or parts thereof. PD may be instructed to do so as a part of an investigation to collect evidence. But, they are not to do so until instructed and must follow strict protocol.

Sometimes, however, they do collect body matter in the interest of public safety/good. For example, let’s say C-3PO is crossing the street and an inebriated driver in a Landspeeder hits him at a high rate of speed. That will cause C-3PO to basically explode all over creation.

When EMS, firefighters and PD get to the scene and see that C-3PO’s arms, legs and head are lying in the road in view of all the Padawans getting out of school, they will first try to cover the parts of C-3PO’s body to keep them out of sight. If that’s not possible, these first responders may possibly move some body parts especially if they know what happened to C-3PO. Are they supposed to? No. But in the interest of the public good, they just might.

After EMS has documented what they have seen and the PD has secured the scene, the forensics crew arrives. Does a hoard of investigators in hazmat suits or regular suits roll up and scour the scene of every single gun death? No. It depends on the circumstances at the scene. There’s simply not enough funding, manpower or hours in the day for that.

So, in your WIP, it may be that your death scene may not have all manner of investigative personal present. If one character is shot dead and another character is caught at the scene and confesses, there may be less evidence collected than if the murder fits the profile of a serial killer. Also, if the scene is especially gruesome, involves a minor or a sexual assault, investigative personnel will more likely be present.

Before I get to the videos, let me say that I love first responders. I train with many on a regular basis (EMS, FD, PD) and they are great people. Any that I have talked to for help with writing have been very generous. If your WIP has first responders, reach out to a few for some authenticity in your work. I think you’ll find they are happy to help.

Here’s a short video from Nightwatch showing EMS tending to a gunshot victim who is “very upbeat for a guy with a hole near his junk.”

Here’s a day in the life of a 911 Dispatcher. I like this one because it shows the screen they look at.

And last but not least, The Magician Cop.